Fresh off the cusp of Abstract Expressionism and armed with mathematically precise brush strokes and a monochromatic palette, Frank Stella has never been defined by convention. Though he later introduced bright colors and more organic forms into his work, Stella first gained recognition for his minimalistic, non-emotive black paintings which employed pattern and repetition rather than the more expressionistic fluidity that had been utilized by his predecessors.

Stella’s simplistic black paintings, with their clean lines and stark color palette, served as an impetus for the many minimalistic artists that would adopt his principles (such as Kenneth Noland). The introduction of the 1970’s saw Stella’s work progress [while not making a full departure from his established style] toward a wider color palette and more abstracted & organic forms. Stella also began to experiment with mediums, opting to utilize copper and aluminum in his paintings. Additionally, Stella began producing a variety of prints; including lithographs, screen prints, and etchings. 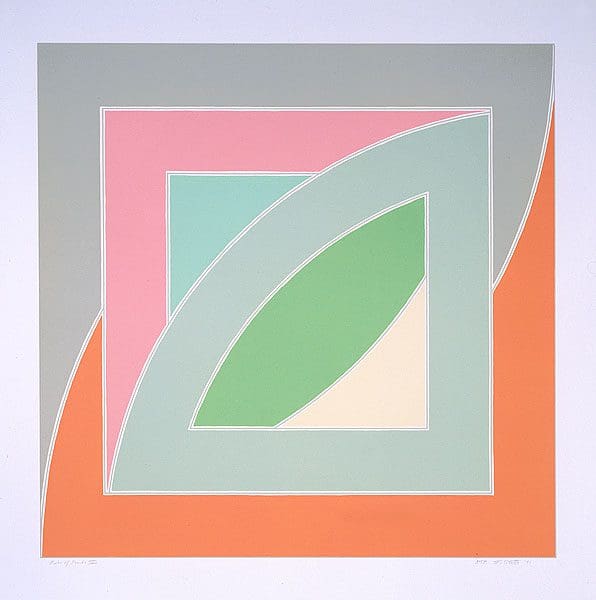 Through the late 1970’s into present day, Frank Stella has been steadily advancing his work through free-flowing brush strokes, three dimensional materials and more vibrant colors. Both in medium and style, Stella’s later works contrast against his earlier pieces, while still remaining recognizably his in its nod to geometric forms.

The constraints of working in two dimensions proved too restrictive to his work, thus Stella began subtly adding relief to his pieces, eventually producing large scale sculptures which paired the geometry of his traditional flat stylings with the organic forms of his more current works. Frank Stella seems to be in constant artistic evolution, never quite satisfied with one defining style, yet still uniquely stylistic. Stella’s vast career and artistic progression, spanning through multiple movements and mediums, has proven him to be both influential and relevant in the present; a true master of abstraction and non-conformity. 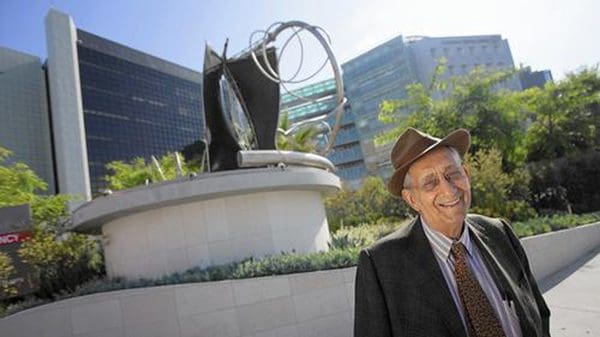