Hit Rewind: Nostalgia with a Twist

“This series began in San Francisco, while grinding through the frustration of an ‘idea doldrums.’ As I was waiting to cross a street, I glanced to my side and was visually struck by a municipal, red fire alarm. Having entered college many years prior as a history major, I recognized – in that moment – subject matter that united interests and would open possibilities at the easel. The definition of epiphany might apply here.

I did not cross the street. I went home and began a fire alarm painting.” 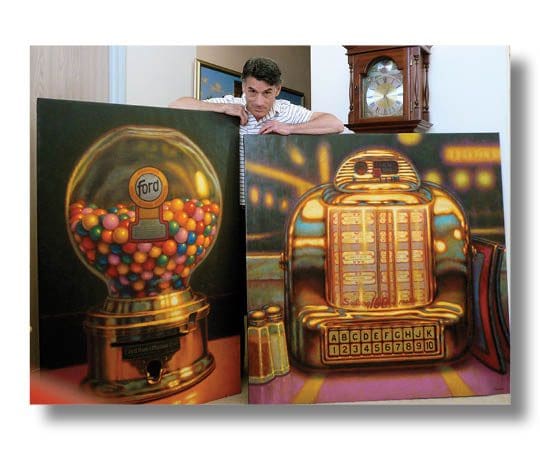 TR Colletta’s work blends dreamy nostalgia and a graphic object-portrait style. Much of his imagery stems from memory of his own childhood and his family. His background in the study of history enhances his understanding of the objects that he paints and their place in the collective memory of American culture. 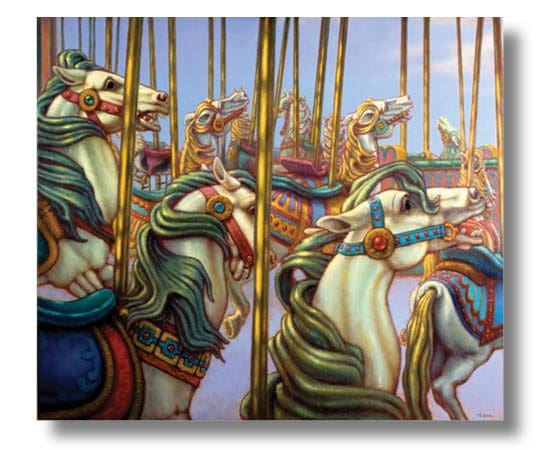 “Whenever I’ve witnessed a child looking petrified on a carousel, this is the wild image that I think they experience. Removing the carousel floor helped me create a surreal stampede. This was a painting departure from the single object to a larger object with component parts.” 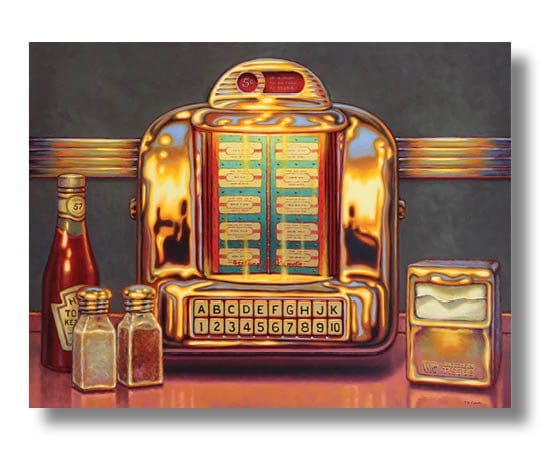 “A few different Wallbox paintings have occupied my easel. These are painting exercises that capture light both emitted and reflected – inside and outside. On occasion, the song titles were used to tell a story.” 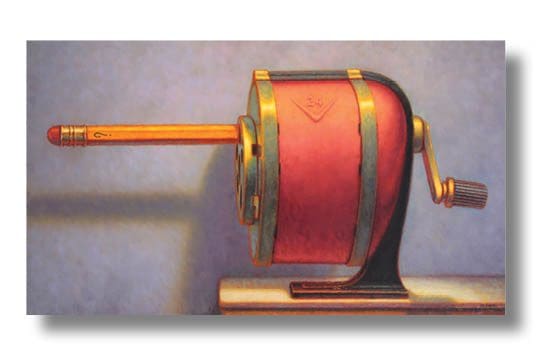 “The grinding of a pencil sharpener, whittling down a pencil with a question mark, reminds me of the mental cogitation one endures, when presented with a question of choice. The question mark both entertains and exhausts. Delightful, mechanical objects like pencil sharpeners, typewriters, and adding machines, once clamored in corporate offices. Imagine the racket! So different from the delicate tic-tic-tic of computer keyboards.” 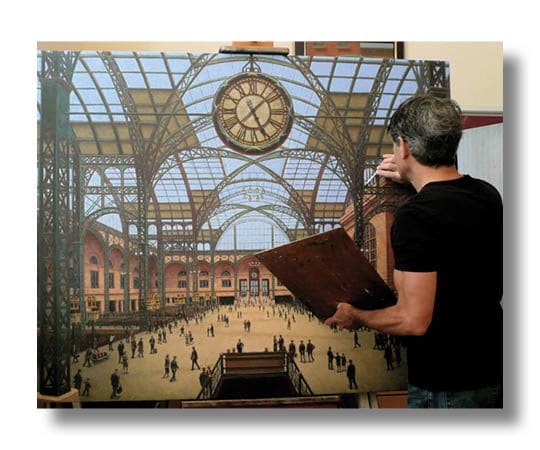