Museum Virtual Tour: the Rijksmuseum, the National Gallery of Art, and Aigai, Greece

This summer, we’re looking to soak up as much culture (and sun!) as possible. Continuing our series on virtual museum tours, here are three more remarkable locations to explore.

The Rijksmuseum is the largest and most-visited art museum in the Netherlands. It showcases around 8,000 objects dating between 1200–2000. The grand architecture of the museum’s Great Hall is itself a work of art.

There are only 34 known paintings by renowned Dutch painter Johannes Vermeer (1632–75). Four of them hang in the Rijksmuseum, all on the far wall of this gallery. The painting on the far right is by Vermeer’s Golden Age contemporary Pieter de Hooch.

Rembrandt’s masterpiece The Night Watch (1642) has recently been the subject of an ambitious examination project. An elaborate set-up was constructed so the famous painting could remain on display while allowing visitors the opportunity to see the research team in action. Using artificial intelligence (AI), researchers reconstructed large portions of the canvas that had been cut away in 1715 and subsequently lost. Panels with recreations of their results have been temporarily installed around the piece so we can see the composition as Rembrandt originally intended.

Visit the The Rijksmuseum on their website or through Google Arts & Culture.

Degas at the Opéra

The exhibition Degas at the Opéra closed in Paris in January 2020 before traveling to the NGA. By the time the NGA’s presentation opened to the public, the COVID-19 pandemic had arrived, and the museum was forced to close less than two weeks later. Fortunately, the show is preserved and accessible in the form of a virtual tour. 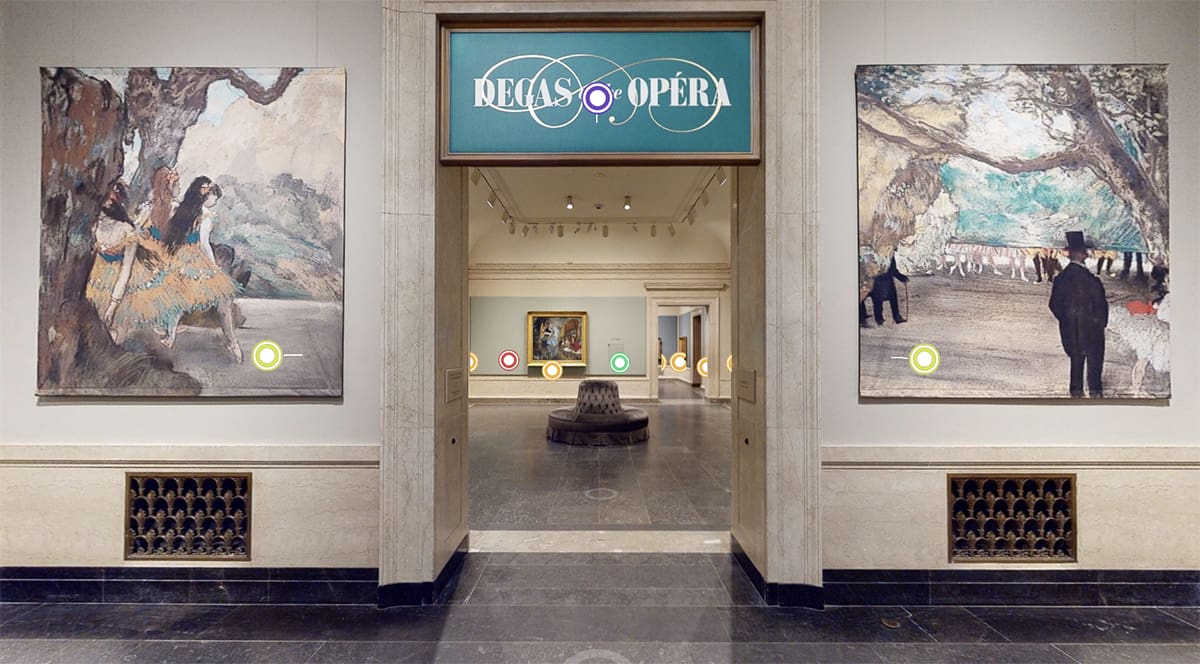 Degas’ L’Étoile (The Star) (c. 1878), a prime example of the artist’s celebrated pastels, was a featured loan from the Musée d’Orsay. Degas was interested in capturing movement and costume, often rendering his subjects in dramatic theatrical lighting.

The exhibition was rich in media, including video clips and an audio guide, all of which can be found as part of the virtual tour. 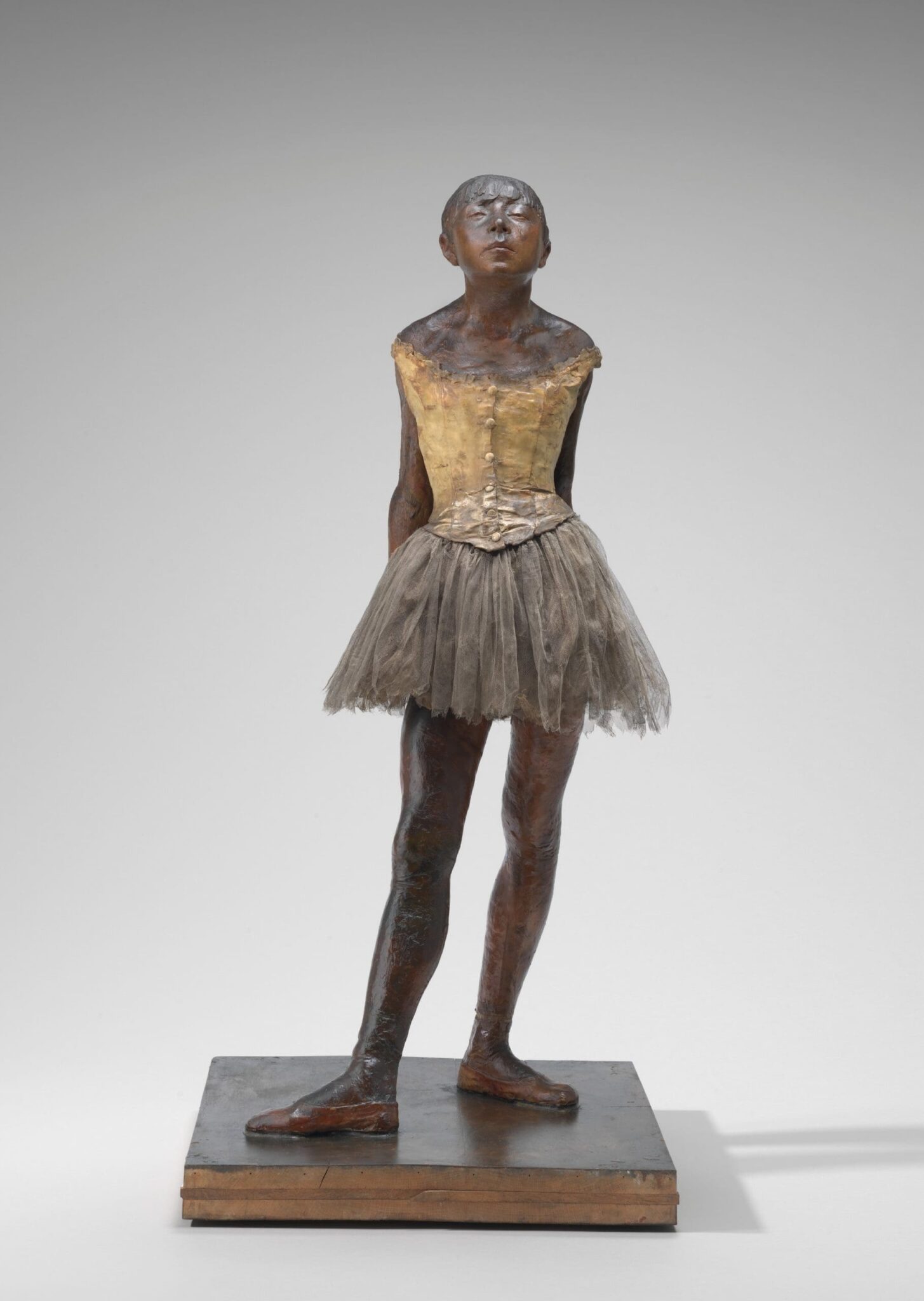 Little Dancer Aged 14 (1878–81) from the NGA’s permanent collection marked the end of the exhibition. This is the only sculpture that Degas exhibited publicly during his lifetime, despite having more than 150 three-dimensional works in his studio at the time of his passing. Little Dancer received mixed reviews from Degas’ critics due its unconventional materials and uncanny realism.

The Museum of the Royal Tombs at Aigai, Greece

In the countryside west of Thessaloniki, mysterious hills rise from the landscape. These are not natural features, but rather burial mounds from ancient Macedonia (c. 336 BC). Four tombs were discovered here in 1977, two of which were completely undisturbed. The Museum of the Royal Tombs was built around these ruins, leaving them in the same condition in which they were discovered.

Walking through the door in the hillside feels like stepping back in time. 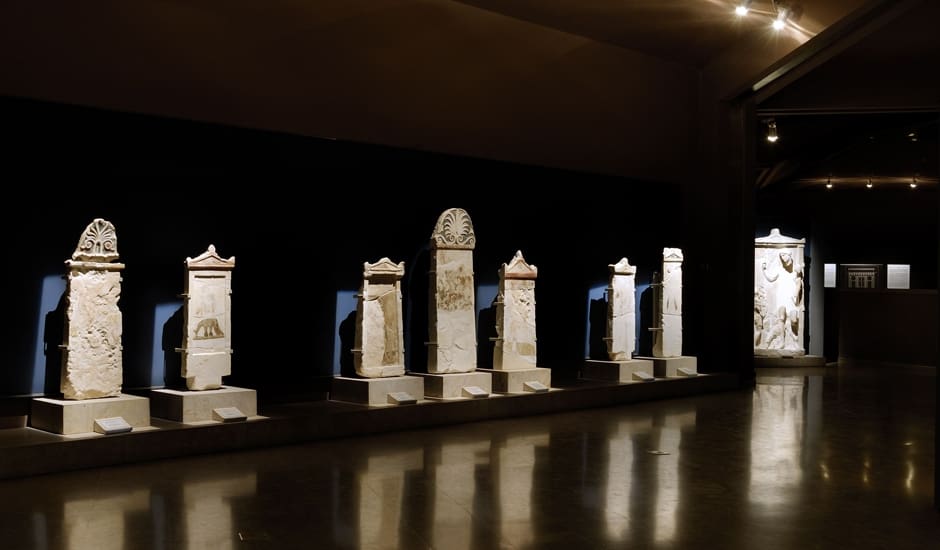 Around the corner, you are confronted with one of the ancient structures.

Further down the hallway, there is a remarkable fresco of a hunting scene on this façade. Some believe that this is the entrance to the resting place of Philip II, father of Alexander the Great.

Incredible objects were discovered at this site, and are now displayed nearby.

Explore The Museum of the Royal Tombs.

Our visual and emotional response to these ancient objects is poignant: thousands of years later, we are still moved by the beauty of the artistry and quality of the material. It calls to mind the introspective works of Takefumi Hori or the harmonious metal sculptures of Lorenzo Quinn.

We hope you enjoyed this installment in our series of virtual tours. Looking for more? Check out ours here.