Throughout his diverse body of work, Joseph Adolphe explores our perceptions of the physical world around us and our metaphysical connections to the world within us. The artist reflects on both personal experiences and the universal ideas behind them for inspiration. Mindful of his materials, he allows his oil paints and brushes to guide his work.

Born in Calgary, Canada, Adolphe moved to New York City for his MFA and continued to live in the United States. He is currently a Professor at St. John’s University in New York City, where he teaches drawing and painting. Learn more about the artist in our interview below. 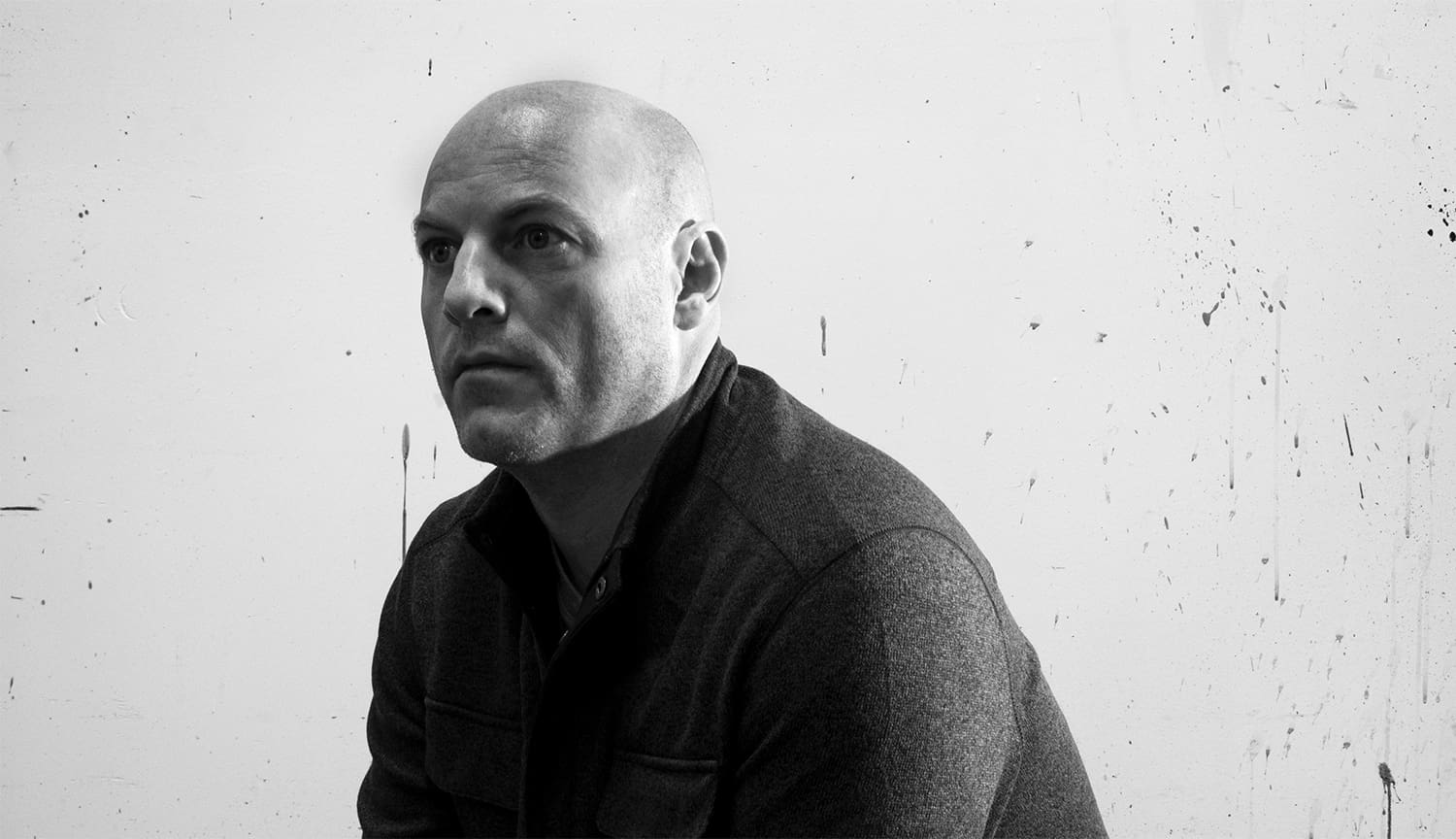 Tell us about your background. When did you start creating art?

In my Locution series there is a clear reference always present which evokes my childhood growing up on the prairies of western Canada. The big sky dominating an otherwise flat landscape is a visual motif that I continually explore.

I don’t remember a time when I didn’t make pictures. My earliest memories of art include seeing my pictures taped to the fridge in our kitchen. Coming from a large family of six brothers and sisters and my parents (me being the second youngest) my latest artwork would always spark a conversation at dinner, and sometimes controversy, followed by immediate detention in my room. But mostly I was very encouraged.

How has your work evolved over the years?

Over the years I’ve come to recognize myself as a painter, as opposed to an artist, although most people use either term for both characters. The distinction that defines the difference between an ‘Artist’ and a ‘Painter’ for me is that the artist first comes up with an idea, then uses whatever materials are necessary to bring that idea to fruition. A painter on the other hand develops a relationship with the paint first and then the ideas and subjects flow from that relationship.

For example, because I am most comfortable using large rough bristle brushes and large taping knives, I am unwilling and unable to make paintings that require intense focus on details. This in turn means that I’m drawn to larger simpler forms as subjects for my paintings. Consequently, my focus is always on larger universal themes wherein I don’t feel the need to ‘render’ or get lost in tedious details. 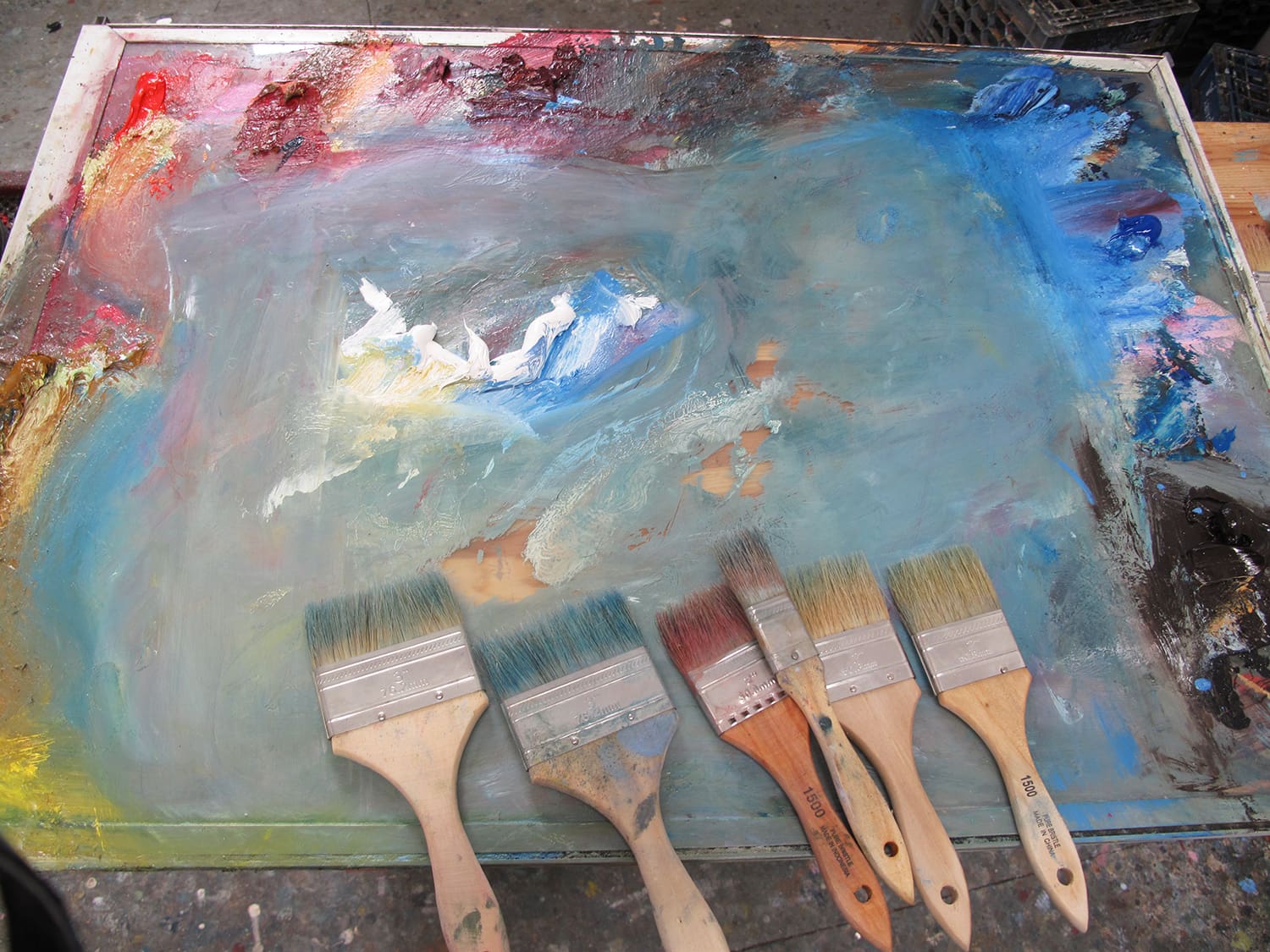 How do you describe your work?

I suppose I could be easily categorized as a semi-abstract painter, although I greatly dislike categories. As a painter it is essential that I allow the oils to speak for themselves whenever possible. In this sense my goal is like that of the symbolist poets: that through a process of compression and distillation—of making simple formal relationships between subject and form each subject becomes charged with as much feeling and meaning as possible. 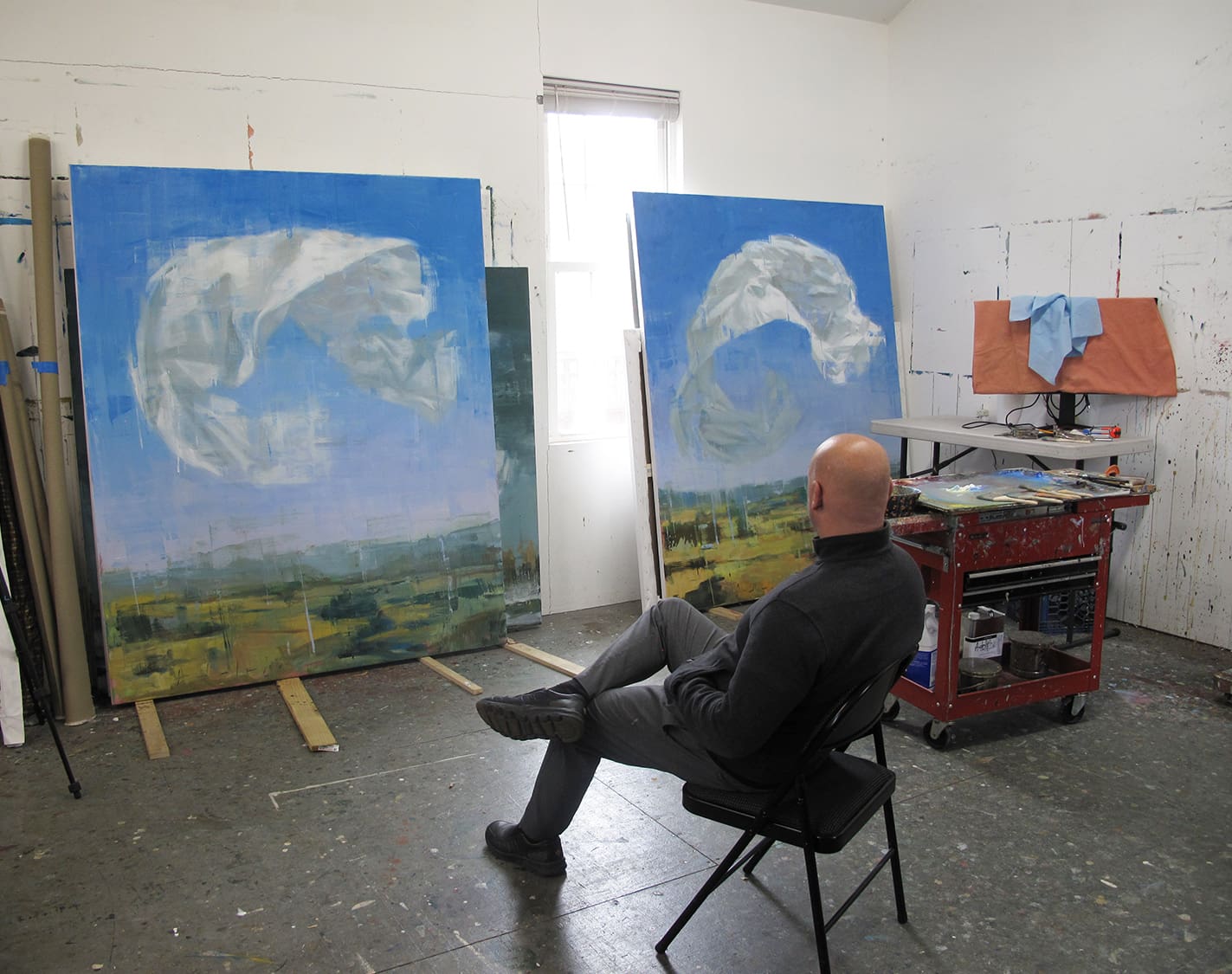 What do you hope viewers see in your work?

My work focuses on larger universal themes that I would hope anyone can relate to. Very often ‘hope’ is a central theme in my subject matter. The titles to my work are important as they give clues as to what I am striving for in the work. In my Locution series for example, images with these enormous white floating fabrics are often entitled with terms that reference a found memory or a hidden message—something positive but unknown. The locutions which feature pinks or reds often reference something inspiring such as an idea or a promise.

Likewise, the series of works that have been developing for a few years now, ‘The Anniversary Series’, began as an obvious reference to my marriage anniversary. Originally the work in this series began with the extensive use of white objects as an obvious reference to a wedding gown with all the meaning and history that white brings with it. White dishes, some whole, some broken represent the struggle involved in all commitments, but mostly those involved in a domestic setting. But over time other objects began to appear, specifically silver with its very ‘reflective’ surfaces and then glass objects evoking notions of transparency, truth.

View more of our new arrivals from Joseph Adolphe.