David Burdeny: Order Within the Chaos

Canadian photographer David Burdeny travels all over the world to create his powerful imagery. Since establishing himself as an artist, he has photographed locations on all seven continents, from salt flats and savannas to opulent palace interiors. However, David’s work is not strictly a documentation of these expeditions—his photographs offer a thoughtful perspective on the way that we experience and memorialize certain spaces and structures. Using long exposures and softened color palettes, he captures his surroundings with both a meditative quality and a spectacular level of detail.

Read our interview with David below to learn more about the creative thought process and technical methods that make his photography so distinctive. 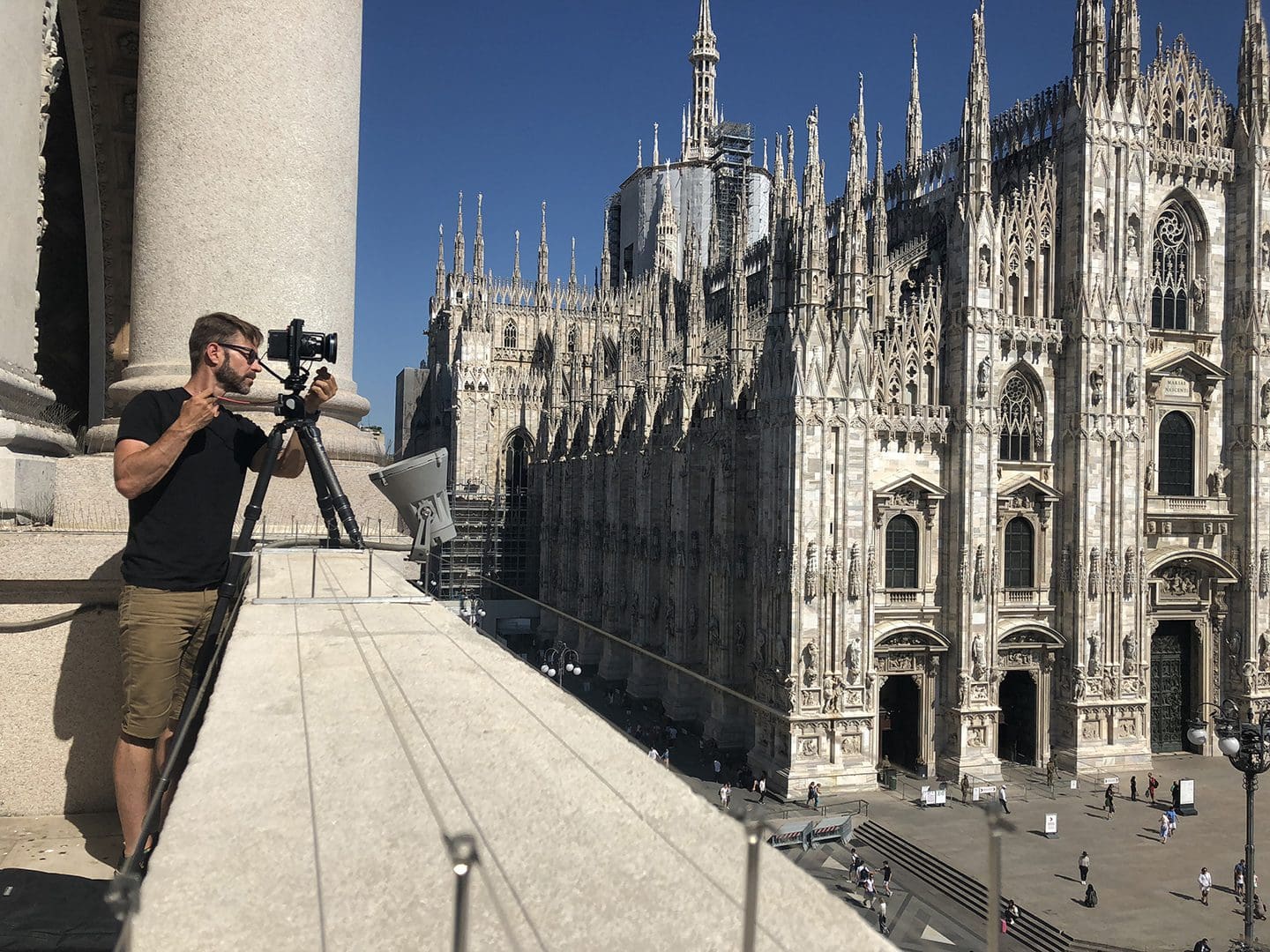 “I’m searching for that little bit of order within all the chaos out there. That’s why I gravitate towards distilling complex scenes and taking away as much as I can.”

Tell us about your background. When did you start creating art?

DB: I have my undergraduate degree in interior design and a graduate degree in architecture. I went to school for 8 years and practiced for another 10 before pursuing photography full time, but I’ve been taking photographs since I was around 12 or 13. Instead of playing hockey I was out there taking photographs. I learned how to process my own film and I had my own darkroom. It was a hobby on and off for pretty much my whole childhood and adulthood, until around 2006 when it became more serious.

Does your background in interior design influence your photography?

DB: In a subconscious way. I think there are aesthetic lessons you learn in school as a designer and as an architect. There are certain proclivities you pick up along the way, in terms of how to see three dimensional things and how to translate them to two dimensional things.

As an architect you’re focused on lines and proportions and making order out of the chaos out there. I guess to a certain degree that’s what I do with photography. I’m searching for that little bit of order within all the chaos out there. That’s why I gravitate towards distilling complex scenes and taking away as much as I can. I focus on the essence of what is there.

What is it about certain places that makes you want to photograph them?

First and foremost, I go someplace that I have some personal connection to. When I started it was just this freeform flow of wandering around taking photographs. Then later on, as I was getting involved with photographing interiors in Italy and traveling to more difficult places, I would have to make a lot of prearrangements, so those photographs are a little more premeditated. But for the most part, the kind of work I enjoy making is just getting into a car and driving, and if there’s something that resonates with me I stop. And I just keep doing that until I run out of time and have to come back home. 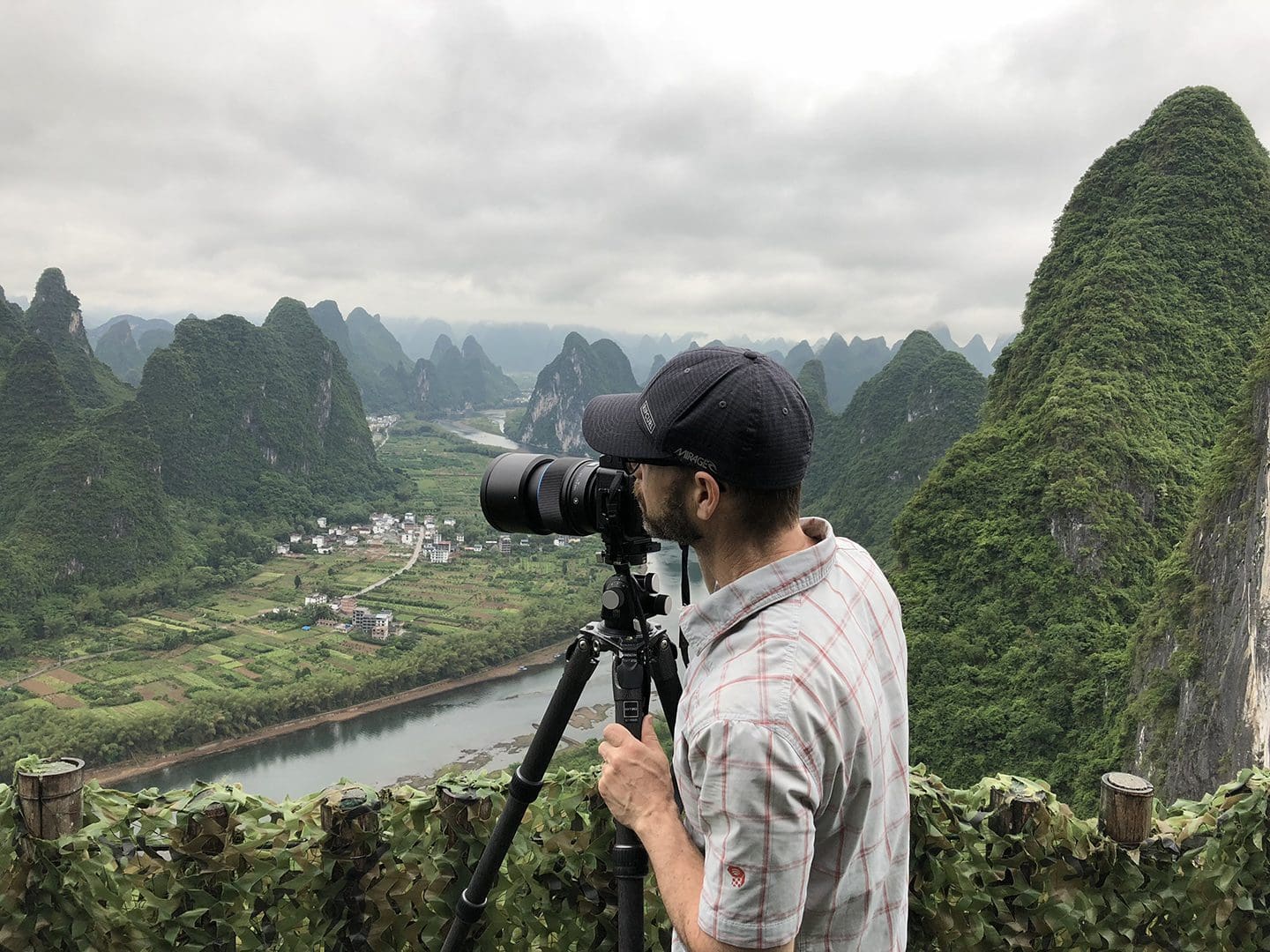 “There’s always something about a place that makes you want to photograph it in a certain way. “

How do you get access to the buildings that you shoot in foreign countries?

DB: I start off by making a list of projects or places that I think are interesting. I’ll do as much research as I can, find out where they are, how to get into them, who gets me in there. Usually when I’m in Italy I’ll work with a producer and they generally work on films so there’s more site location work and they will deal with the logistics of getting permits. Sometimes it can take upwards of months, but sometimes it’s easy. Generally I have to hire a 3rd party to work with.

The level of detail and clarity you get in your photographs is incredible. How do you achieve that?

DB: I started off using large format 4×5 and 8×10 film cameras. With the early work I was always interested in gathering as much detail and as much information as I could. Over the years, film stock was reduced and 8×10 film was obsolete. At the same time, the high end medium format digital cameras were beginning to catch up with what those older large format cameras could resolve.

Around 2007 I switched over to medium format digital, which by today’s standards was a relatively small 35 megapixels. Today I’m using 150 megapixels, so basically I try to use the latest highest resolving cameras I can get my hands on. 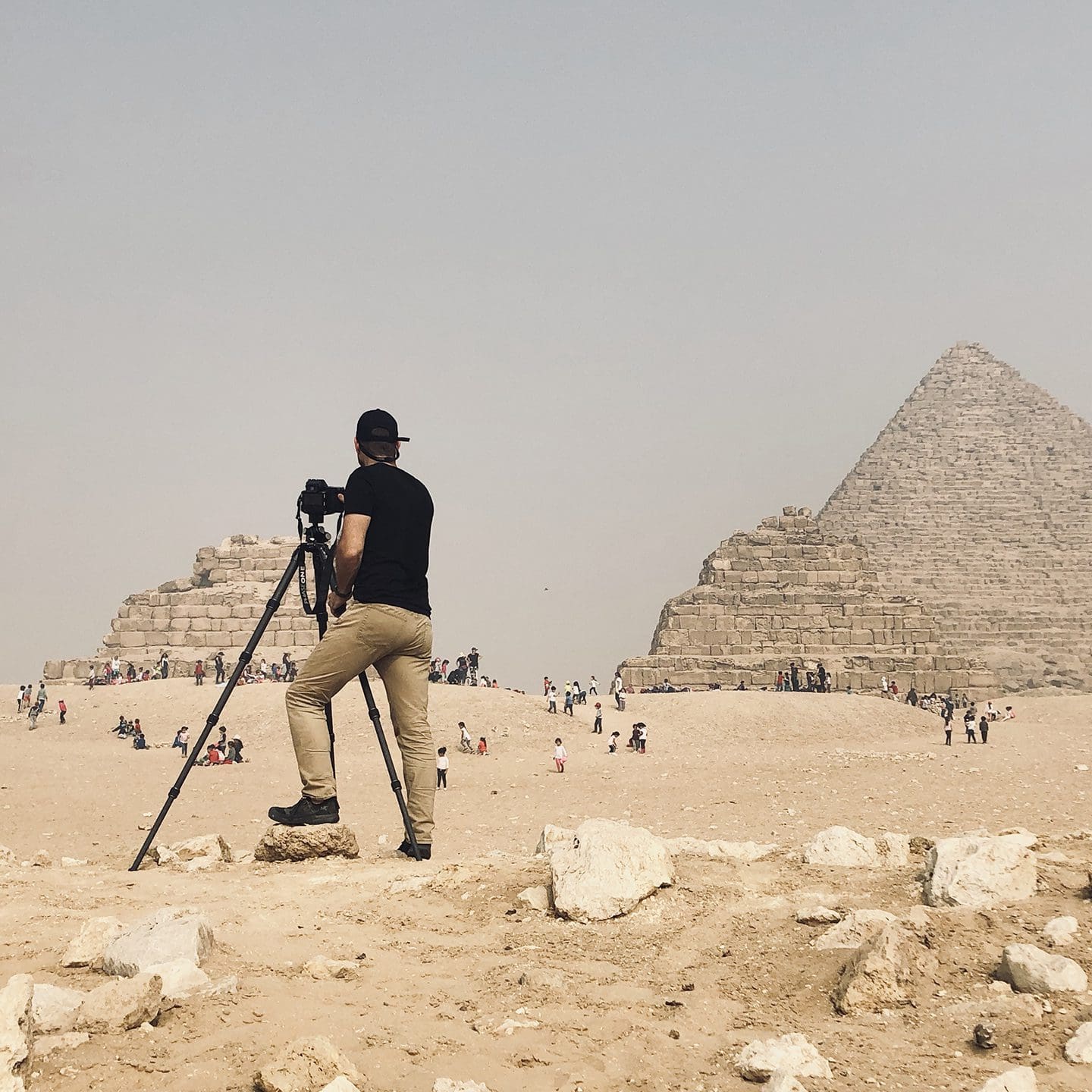 I’m not trying to photocopy what’s there, but share my own interpretation of the colors or my memory of them.

What role does color play in your work?

DB: I like to use color to remind the people looking at the images that it’s a photograph. I’ve always thought that photographs could either be a window onto the world or a mirror. As a mirror, the photo is reflecting something back, it’s showing you what’s there, it’s journalistic, demonstrating an idea. Or you can look at it like someone views a painting. It’s a portal—it takes you someplace that you can’t see or that isn’t really visible.

I always thought of the images that I make as being both. They are a window in that I use the resolution and the clarity to show what’s there, but then I like to dial back the color just to remind people that they’re looking at an abstracted version of reality. I’m not trying to photocopy what’s there, but share my own interpretation of the colors or my memory of them. They’re always a little faded because our memories fade over time. They’re a little bit more ambiguous that way.

DB: If you were to look through my work over the years, the one thing that’s consistent is my inconsistency. A lot of artists are really concerned with branding, maybe not on a conscious level, but I think a lot of people are really interested in “this is my mode of working” and they might work that same way over the years.

When I work on a project, I tend to pour myself into it for a couple years, and when I feel it’s reached its conclusion and I’ve said all I can say I sort abandon it—maybe forever, or maybe temporarily—but then I’ll move on to something else. Occasionally I’ll go back and I’ll add to them over the years, but I’m always interested in trying new things and experimenting.

My greatest fear is that I’ll be stuck in one place, doing the same thing forever, so I’m always looking for the next new thing to work on.

View more work by David Burdeny online or the gallery to experience the detail of his photographs in person.